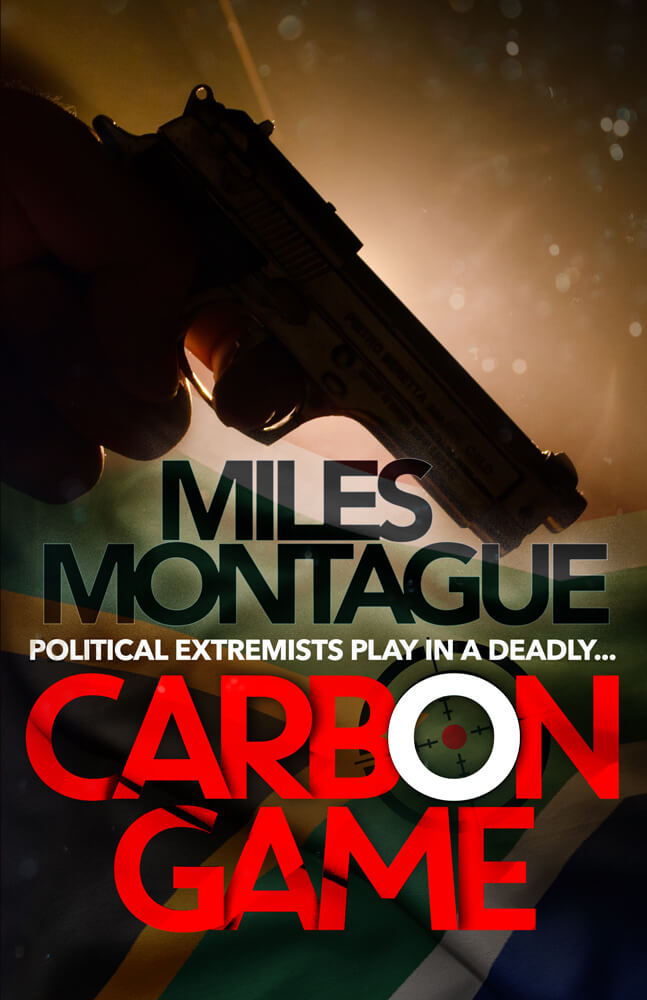 Ex-military operative Michael Cranmer is instructed by his far Right-wing political leaders in South Africa to return to London where he has infiltrated an extremist faction within MASA, a British Left-wing movement.

A violent diamond robbery gone wrong gives Cranmer the opportunity to implement his plan to realise his party’s ambitions. He manipulates the MASA faction into carrying out his plan, little realising their leader, Janet Bromsgrove, has no intention of playing by his rules.

Meanwhile, following a tip-off from an informant, a crack team of MI5 officers closes in on the extremists. Can MI5 prevent a bloody catastrophe on the streets of London and the downfall of governments on opposite sides of the world?

Set against the backdrop of the international anti-apartheid movement of the mid-1980s, Carbon Game is a political crime thriller that will keep you gripped right to the last page.

“Plenty of twists, turns – and danger! A gripping crime thriller.”
The Wishing Shelf Book Awards 2020
“As crime thrillers go, this isn’t half bad. Cranmer was an exciting character, the best in the book. Also, the South African political backdrop added a lot to the story. I would happily read another thriller by this author.”
Female reader, aged 44
“A solid, pacey thriller with plenty to keep the avid reader enthused. There was little in the way of character development but that’s okay for this genre. I thought the ‘diamond’ element was particularly interesting.”
Female reader, aged 42
“I thought the 1980s setting (London) was interesting. The author worked hard to deliver a fast-paced plot with all the usual thriller elements: extremists, robbery, political intrigue, etc. It’s possibly not the sort of book that will stay with you, but it’s a compelling read, and there’s no shortage of twists. I even liked the cover.”
Male reader, aged 50
“A little overly complex in parts, but if you work hard, this is a gripping thriller. Has a sort of Tom Clancy/Wilbur Smith feel to it. Too much jargon for me, but I still enjoyed it.”
Male reader, aged 55

Of the 15 readers, 11 would read another book by this author.

“This was a raw, intriguing thriller. Very good read. Very hard to put down. This was the first book I have read from this author, but it definitely will not be the last. I highly recommend!”
Kathy C: NetGalley reviewer: 5 (five) star recommendation
“This is everything you'd want from a novel of this genre. Plenty of twists and turns, mental gymnastics by the investigating agents on the case, double and triple crossing by those involved, and the right amount of tension to pull you in and let you ride along.”
rebeccafinlaysonbooks.blogspot.com
“I found the thriller fast paced and exciting to read, the characters were believable and obviously the locations I could relate too. For a first thriller, this was more than excellent and I, for one, look forward to reading his second thriller!”
bootsshoesandfashion.com
“The characterisation and imagery are well built up over the novel, with relevant details given to create a depth of understanding.”
cupoftoast.co.uk
“It is different from other crime thrillers that are going about which is great if you are looking for something new within the genre….What happened in the 80’s is becoming a real source of interest these days with plenty of new books and movies coming our way. And with the summer coming up, this would be a great addition to your holiday reading list.”
lattelindsay.com
Buy from Amazon.com
Buy from Amazon UK